There is something unique about a puzzle, more than any other indoor activity I can think of, that creates such a strong emotional connection for people. I can’t begin to tell you the number of times we have had a wood puzzle out on the table when guests are over. I would say almost 100% of the time, if they happen to walk over to the “puzzle table” some story will come out. It could be about a memory of grandparents or parents assembling jigsaw puzzles, a flashback to their youth when they used to love puzzles themselves or some other strong emotional tie. I have been floored by some of the people that are closet puzzle addicts. People I knew for years that, when they see the puzzle out, tell me they are currently working on a 1500 piece puzzle, and this is the first I had known they enjoy them! 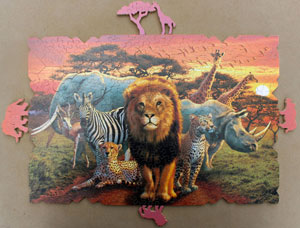 Once they sit down and get their hands on a wood puzzle, which most have never seen, they get very focused and often that becomes the entertainment for the evening. The feeling of accomplishment at getting your first Par piece in is fun to watch. Feels like such an achievement! Beyond friends revealing their secret puzzle passions, I have found puzzles also have a unique ability to bring together people of all backgrounds to sit down and enjoy a puzzle. My wife and I have met such an interesting group of people through puzzling activities that we would never have come across in our daily lives. I have made some great friends through puzzling that I may not have had a chance to get to know had we not been sitting for hours around puzzle. It’s such a unique activity, both very solitary in many ways, but communal at the same time. You can have a quiet table where everyone is working out things in their own head, or the complete opposite and have a very festive, loud puzzle table (or both). Not too many activities combine both of these and either is acceptable.

It was Christmas 1958. Jane was 9 years old and was very excited as she was finally old enough to join the family puzzling session after Christmas Eve Dinner. Growing up, she was always curious what the adults were doing sitting around the table for hours while the cousins all ran amok around the house. As she got older she realized they were doing a puzzle unlike one she had seen before. Instead of the basic cardboard puzzles her mother always bought her, the pieces were made of wood and had all kinds of fancy designs, like people hiking or riding a bike. 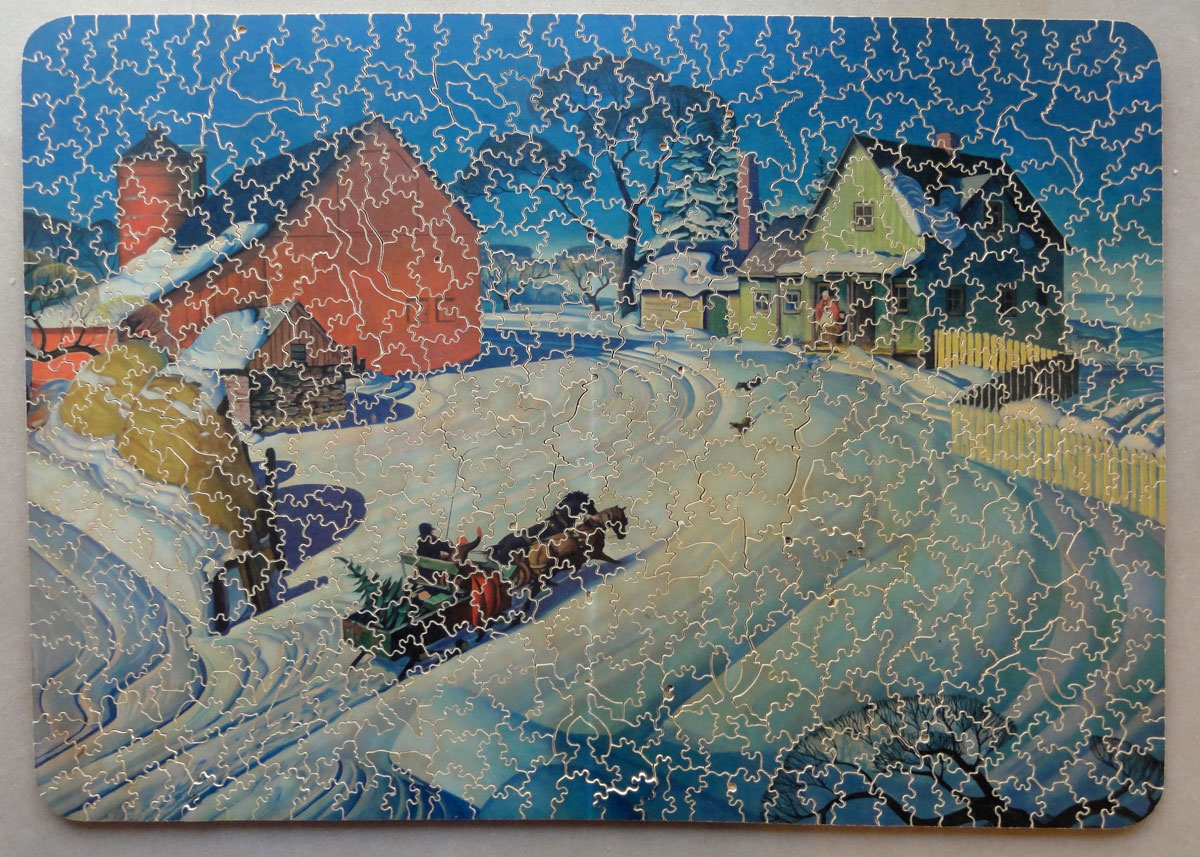 Her family tradition was once a kid turned 9 they were invited to join the adults and (attempt) to assemble the “adult” wood puzzle. Once at the table, she was introduced to her first Par Puzzle. She vowed never to go back to cardboard again (don’t we all!). Her family’s tradition involved buying a Christmas Par every holiday season as a family activity. Jane carried this tradition on for many years. The tradition faded a bit as the years passed, but once Jane’s kids were old enough, she re-started the holiday puzzles and continues to buy Pars to this day for her family holiday get togethers.

In his younger years, Sam had been a huge wood puzzle collector. He got introduced from a family friend while in his 20s and became hooked. Over the next 10 years or so he built quite an extensive collection and spent many hours acquiring and assembling them. As time progressed he became busy between work and family and had less time to devote to puzzles, eventually letting the interest subside to the closet.


Fast forward 40 years and Sam had more time on his hands. His “forgotten” collection, still residing on the closet shelves gathering dust, began to see the light of day and his passion quickly was reignited. He spent hours reassembling his collection and seeking new additions to the collection. He began to network with other puzzle enthusiasts and his interest grew and grew, while making all sorts of new friends in the process. A “hobby” that began decades earlier had been reborn.

The Big Surprise: One in a Million

A few years ago, Keith and his family were over and, as is often the case, we had a puzzle going, a Stave in this case. Keith walked over to our puzzle table and was amazed as he had never seen a Stave in person before. This was not an unusual reaction, I don’t recall anyone that I didn’t already know who had an interest in wood puzzles having heard of wood puzzles. This is where things got interesting.


About 15 years ago, Keith had this idea to propose to his wife (fiancee at the time) via a puzzle. He started doing research online and came across Stave Puzzles. From what I understand he had not heard of wood puzzles prior to this idea. At any rate, once he saw the prices, he realized that the puzzle size he wanted was way out of his budget.


However, Keith is a very skilled woodworker and decided he could make his own. With the money he would have spent on a small puzzle, he bought a nice scroll saw and made his fiancee a “proposal puzzle”. My wife and I were stunned after hearing this story. We had never met anyone from our group of friends who had ever heard of a Staves (or any wood puzzles for that matter), made their own, and here he was, in my neighborhood. What are the odds of that? Needless to say, among our families doing activities together, Keith puzzles with us too from time-to-time. He’s always curious what puzzle we have going, and if he’s around, might pop-in to “find a few pieces”. “Out west” wood puzzle enthusiasts are a very rare breed, so to find one so close, and a puzzle cutter as well, was a one in a million chance.